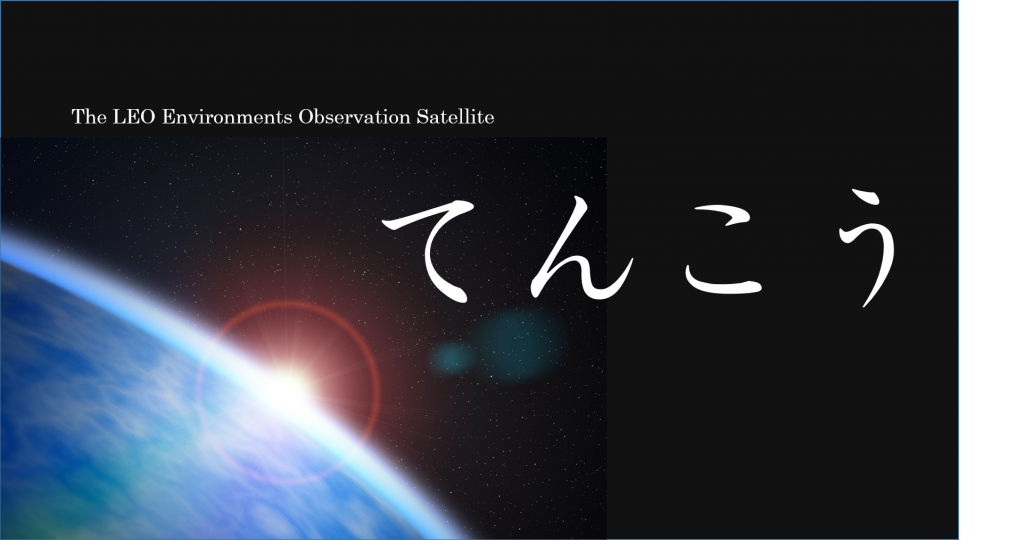 “Ten-Koh” is the satellite to observe LEO environments and the primary purpose is to provide valuable data for future development of  satellites or operation.

Ten-Koh is GOSAT-2 and KhalifaSat piggy-pack satellite, and they will be launched together in the summer of 2018. GOSAT-2 is JAXA satellite to observe greenhouse gas, and KhalifaSat is a observation satellite for the government of Dubai. Ten-Koh will take the synchronous sub-recurrent orbit, which latitude is about 600km.

Recently, as the development of micro satellites by universities and other institutes has became active, breakdowns of them on LEO 2000km below have often occurred. It is said that most of these causes are cosmic radiation which have various energy level and come from the sun and so on.

To prevent these breakdowns, our Ten-Koh are going to measure various LEO environment parameters and unveil the data via internet initially.

Purpose② The measurement of degradation of advanced material on LEO

One of the purpose of Ten-Koh  is to measure the degradation of advanced material which has potential to use in the future.

Ten-Koh shape is Quasi-spherical, which diameter is about 500mm and surrounded by solar cells. This satellite is constituted of structure, thermal control, attitude control, telecommunication, Bus power system and payload power system. 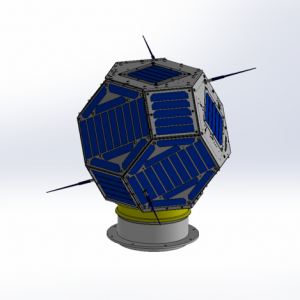 Ten-Koh frequency and link design is shown by the link below.